We scare because we care.

The Cursi House of Screams haunted house has been scaring people two decades and we've enjoyed it as much as you. The haunted house is run by family and friends. We do not have a cover charge but appreciate donations or assistance to help continue this tradition. If you don't have time to visit us because of your studies, use a Top-Rated Essay Writing Service to save time. 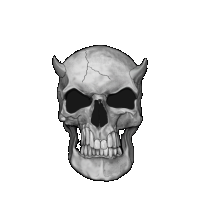 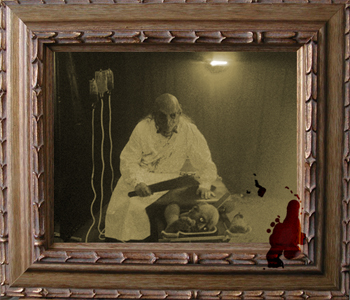 The legend of Dr. Satan began in the mid1800's. A string of deaths surrounded the doctor as he moved west following the continental railroad. The doctor made wild claims of extending life by splicing body parts of the dead with those of the living. Dr. Satan died shortly after being Imprisoned in 1891 for practicing unconventional medicine. He was buried somewhere near Nortonville California. The string of bizarre deaths continued even after the doctor had been imprisoned. Several years after his death the grave was exhumed by the citizens of Nortonville to reveal an empty coffin. 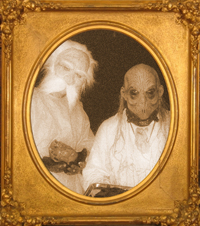 It is believed that the man in this photograph was Dr. Satan's assistant, responsible for harvesting body parts from the recently dead. As the story starts to unravel many other "assistants" are believed to be linked to Dr. Satan. It is suspected that Dr. Satan may have had as many as eight other people linked to his practice.
We will report more on Dr. Satan's story as soon as we find it. Until then beware.

We have been scaring people for almost two decades and had lot's of fun in the process. Check out photos from our previous haunts.

Looking for more halloween resources? Click the links below to go to other sites. Feel free to add our banner to your site. Just copy the code below: Grab your ammo, it's time to fight some monsters! In Paramount Pictures' OVERLORD, American soldiers embark on what seems to be a normal mission, until they find themselves face-to-face with supernatural Nazi soldiers. Comment with your favorite zombie movie below to enter to win some OVERLORD merch! OVERLORD is in theatres everywhere November 9th 2018.

Find all the best haunted houses at hauntedhouseonline.com

Cursi House of Screams is run by family and friends. We want visitors of all ages to have a good time so we please ask that you read the following warning and follow our code of conduct below.

WARNING!
This is an INTENSE attraction of sights and sounds. It is designed to scare you. If you don't want to be frightened, have a heart condition, asthma, are sensitive to strobe lights or fog machines, pregnant or have any aliment that may be effected by this type of attraction, DO NOT attend. If you need special accommodations we will try our best to meet them provided doing so does not jeopardize the safety of you or our staff. You can arrange special assistance with us by emailing [email protected]

Please DO get into the Halloween spirit and have a good time!